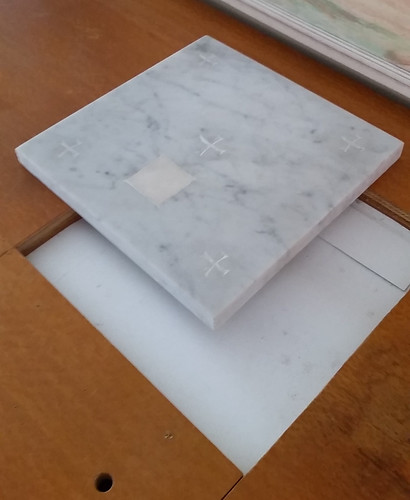 Some people may remember a time when altars had set into the table an ‘altar stone’.  The stone often had set into it the relic of a saint.

From this practice, the Church has had a long tradition of placing relics of saints beneath altars.  Many other saints, even if they are not martyrs, came to be interred in crypts below the sanctuaries of churches and cathedrals.  In other churches, a reliquary has been placed beneath the table of the altar.  While there was a time where relics were set into the table in an altar stone, the altar itself is a symbol of Christ, the living stone.  Relics, if they are to be kept at an altar, are to be placed beneath the table, which better reflects the traditional custom.

Our new altar will include a compartment beneath the table for the relics of a saint, which will be placed there by Bishop Vincent when the altar is dedicated on Sunday 17 December.

Subscribe to Liturgy Corner in a feed reader, or receive updates by email